‘But We All Speak English, So Why Do They Not Understand Me?’

But We All Speak English, So Why Do They Not Understand Me?

Navigating language diversity in your organisation 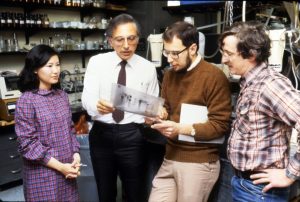 One of the by-products of globalisation is an increase in organisational language diversity. To manage this diversity, many organisations adopt a de-facto language, usually English, to provide a common way for employees to exchange information, ideas, and knowledge. This use of a de facto language means many employees must share knowledge in a language not native to them. This is a concern because people’s expressive confidence and proficiency in their native language far exceed their ability in a different language.

However, a non-native English speaker may not understand the pragmatic use and would read the sentence as it is written, with obvious concerns and worries! Speaking a common language does not mean sharing common understanding. Many of the contextualised cues, the idea generation, and the thought processes operating within the language may be missed, as shown in the example above. This can lead to a loss of sense-making as language forms a framework from which individuals create an understanding of a situation or experience within the workplace.

Knowledge sharing is a linguistic-based activity, with some arguing that language can disconnect speakers of different languages and force social orientation towards individuals of the same linguistic orientation. Others suggest groups form based on linguistic barriers known as language clusters, where individuals prefer to communicate with people of a similar linguistic background, thus maintaining the symbolic power of the national language.

This use of language clusters dampens cross-cultural linguistic exchange. It makes employees share critical information and seek advice from only within the linguistic cluster. This leads to the formation of knowledge networks that make knowledge seeking and dissemination a linguistic driven activity rather than expertise-driven activity. This linguistic constraint may develop and polarise group identities to reinforce or maintain stereotypes. A vicious circle arises, where communication becomes less effective. As does knowledge sharing, due to a fear of appearing unprofessional and this manifests in reduced socialising, small talk and gossip and the abstinence from the social practices that maintain the organisational social roles and norms.

However, academics suggest that native speakers can also experience problems, suggesting that translational issues can be significant barriers to understanding. They highlight problems such as vocabulary equivalence, which is the expectation that a word in one language translates precisely into another. Grammatical-syntactical equivalence is an additional consideration, as some languages do not use the same grammatical laws as English, such as ‘place a book’ or ‘book a place.’ An example of grammatical syntactical equivalence is the story of David, a devout catholic from Minnesota that drove to Mexico to see His Holiness the Pope. David was so excited to see the pope; he ran through the streets saying, ‘God bless the Papa!’. A Mexican friend told him the word Papa also meant potato, so David was running through the streets shouting, ‘God bless the potato!’.

A common misunderstanding by non-linguists is to assume that one word has an equivalent word in a foreign language. This misunderstanding can have grave consequences. One perfect example of this is the Japanese word Mokusatsu. The word is composed of two distinct characters; Moku meaning silent, and Satsu, meaning kill. Why is this word so important? An argument supports the notion that a misunderstanding of this word leads to the only military use of a nuclear weapon in history, namely the bombing of Hiroshima and Nagasaki.

A month before the bombing, the US, UK, Russia, and China leaders gave Japan an ultimatum that would end the war, whereas a negative result would end in ‘prompt and utter destruction.’ The Japanese Emperor at the time, Kantara Suzuki responded with a single word, Mokusatsu. Suzuki meant the word to mean no comment, but the foreign media interpreted the word to mean the threat was not worthy of a response. An NSA report argued that had Suzuki used a clearer word, the problem would not have existed. Although, perhaps it is notable that many argue that politicians love to use words that are either meaningless or so full of meaning that no one can be sure what they mean.

The same can be said for business, and particularly finance. Terms can be often unclear, complicated, and have multiple meanings. This can cause unexpected problems in understanding non-native speakers, especially if the term is translated and the meaning is completely lost.

Surely this means that native English speakers have no problem speaking and being understood? Sadly, for the native English speakers, this is not the case because the English language is a complex blend of French (30%), German (30%), Latin (26%) and others (14%). This perplexing blend means that spelling and pronunciation are often confusing; for example, dough, tough, and bough are all spelt the same but pronounced completely differently.

Jandt also highlights the use of idiomatic equivalence, stating the English language is replete with idioms that may not translate.  Idioms are small phrases that are not meant to be taken literally. All languages use idioms, but the English language has a propensity for them, and native English speakers often use them. The problem with idioms is that a non-native speaker will translate the words as they appear, so a phrase such as ‘she kicked the bucket’ spoken by a native English speaker highlights that a woman has died. Still, a non-native English speaker may be asking the significance of this particular woman kicking a specific bucket.

Likewise, phrases such as ‘she jumped down my throat, ‘he hit the roof’ and ‘it’s raining cats and dogs’ will cause utter confusion. While some of this may seem amusing, what needs to be recognised is that while a non-native English speaker is going over the words (and looking up for the falling cats and dogs), they are not listening to further conversations and much of what is said is lost.

How can we overcome these challenges? Many academics suggest the use of storytelling to engage in stronger emotional ties. By using stories, the transmitter can convey the information or knowledge so that pragmatism is reduced, and the meaning can be conveyed that much more. As Tony Robbins suggests, ‘the power of storytelling can be very impactful in both a positive and negative way. Stories we tell ourselves about goals we can’t achieve because we’re not intelligent or educated enough, for example, can lead to limiting beliefs that hold us back.’

On the other hand, stories we tell within the office about overcoming challenges or how setbacks were turned into successes can lead to empowerment and a culture of innovation and calculated risks. That’s the power of a great story. Outside of the story environment, we need to ensure we use formal and common terminology.

I am currently doing a project with a logistics firm, and the priority was to establish a glossary of terms because different terms mean different things to other people.

Our minds are hard-wired to leap to assumptions, and our brains are highly convincing. That is why we can watch a group of individuals playing basketball and miss what would seem a glaring anomaly (test yourself at:  https://www.youtube.com/watch?v=IGQmdoK_ZfY) The expression ‘we see what we want to see’ is an accurate depiction of reality. That is why eyewitness testimony is not as convincing as it once was. The same principle applies with language, in particular the use of a second language. We jump to assumptions and guess at what we think we have heard or read. Being precise removes much of this, especially if the terminology is common.

For additional support in understanding organisational culture, get in touch via action@identifyaction.com